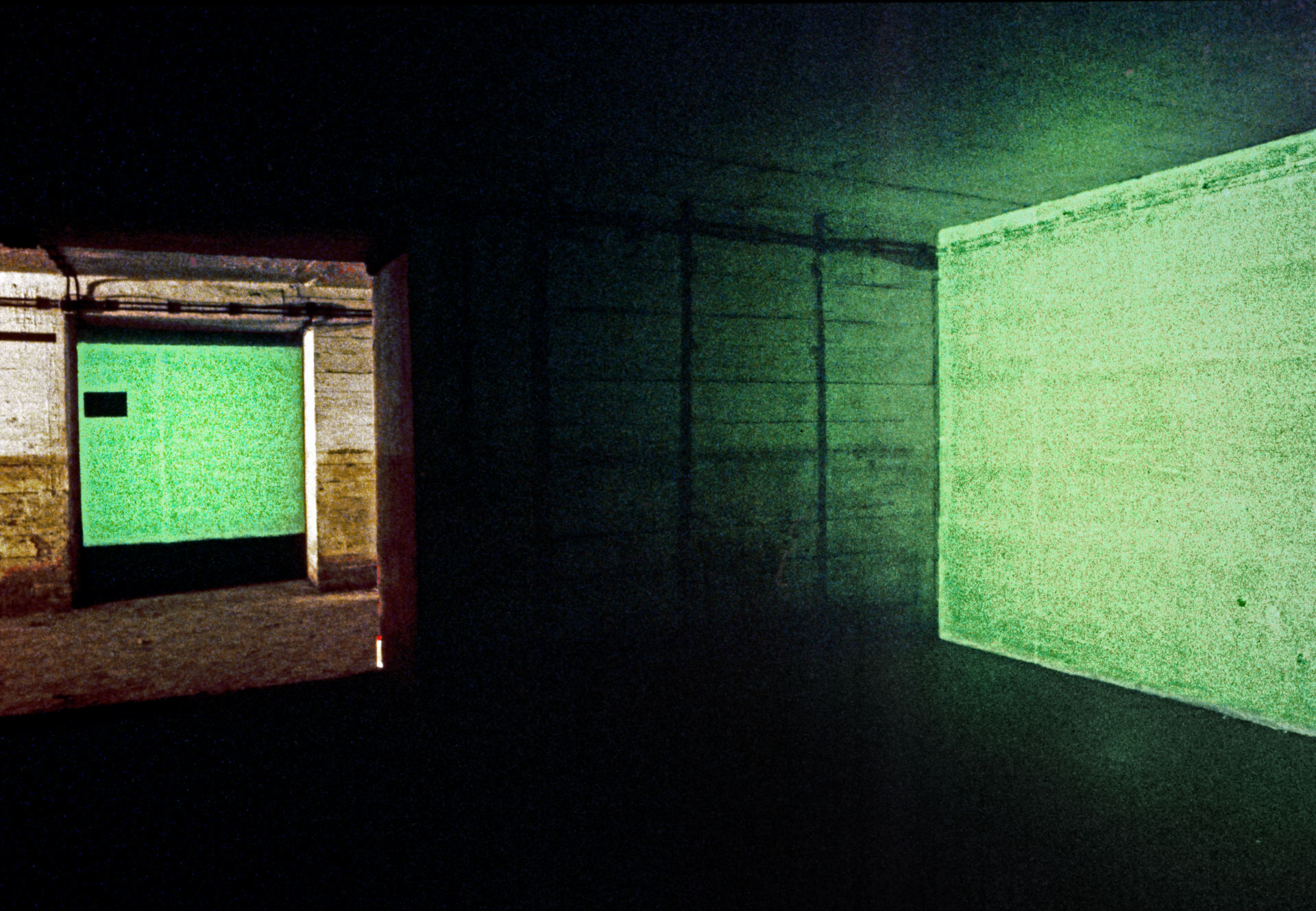 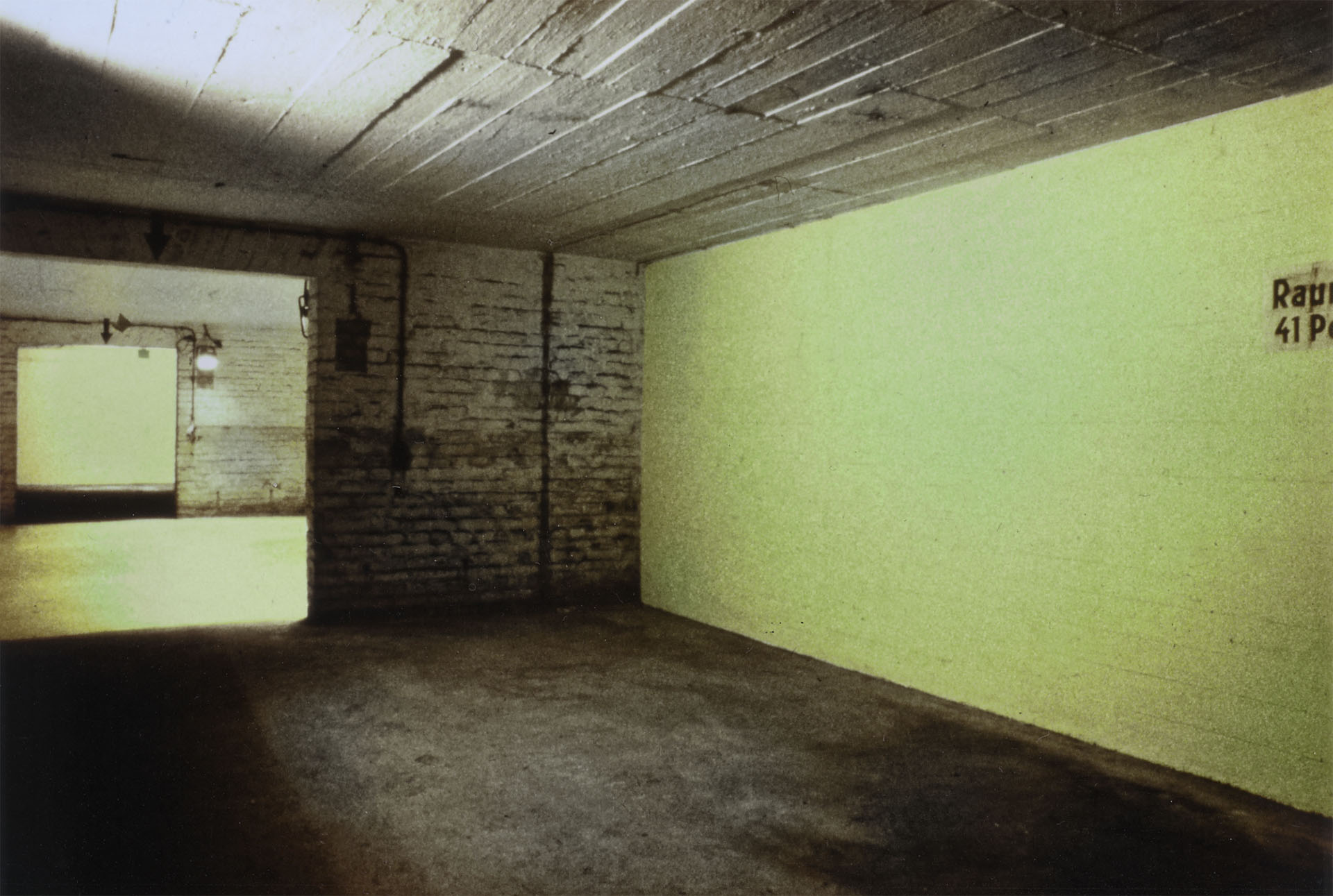 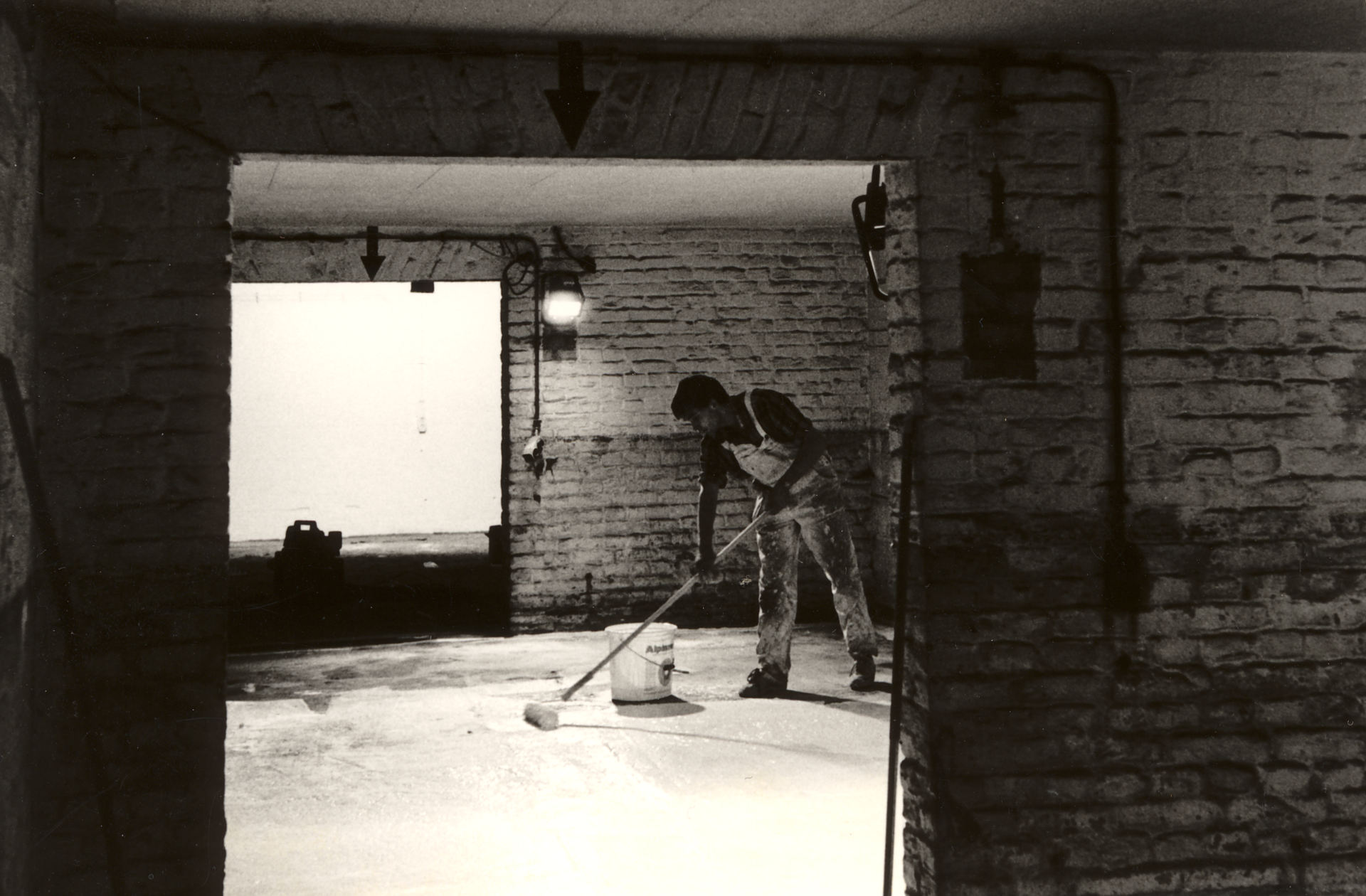 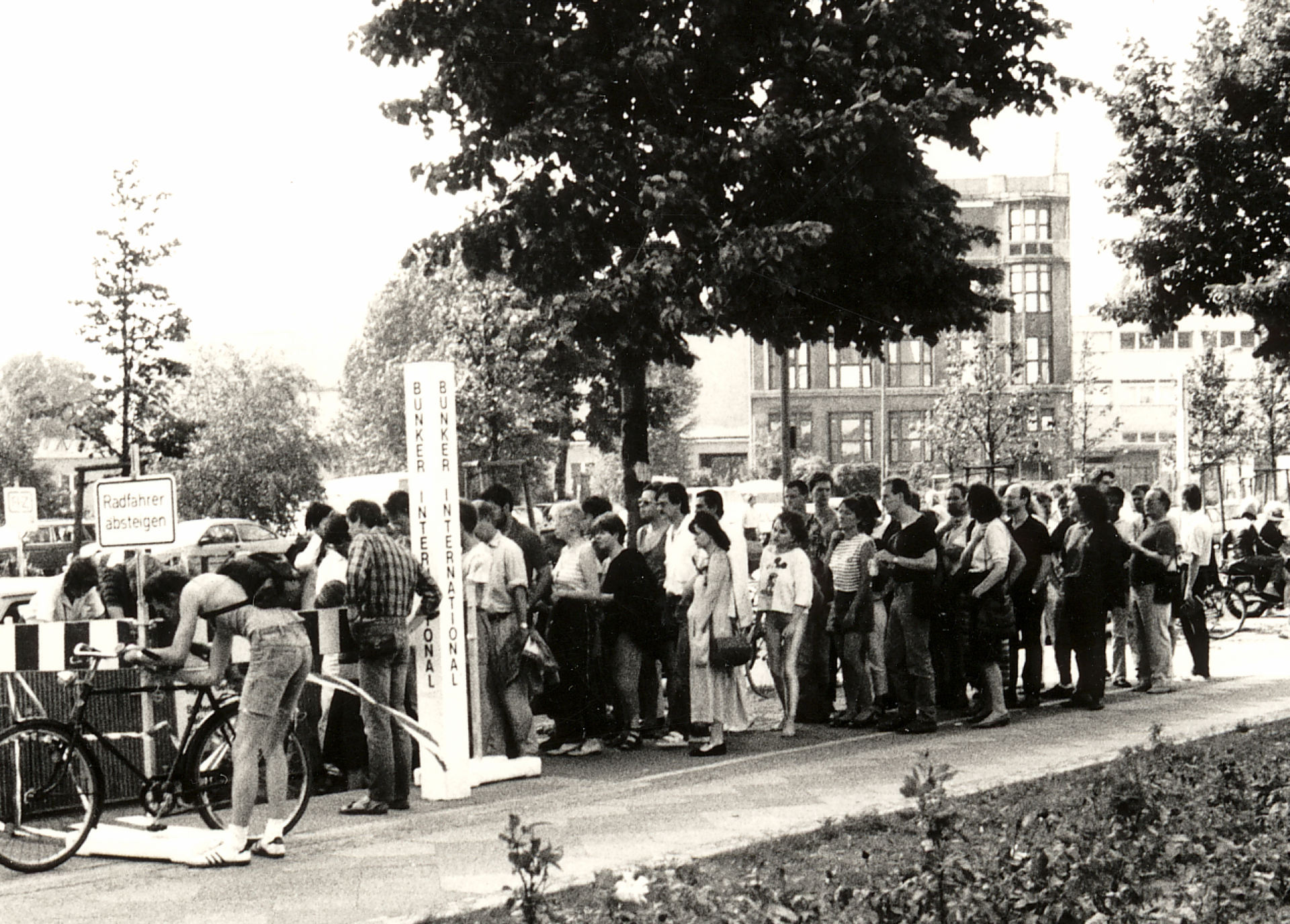 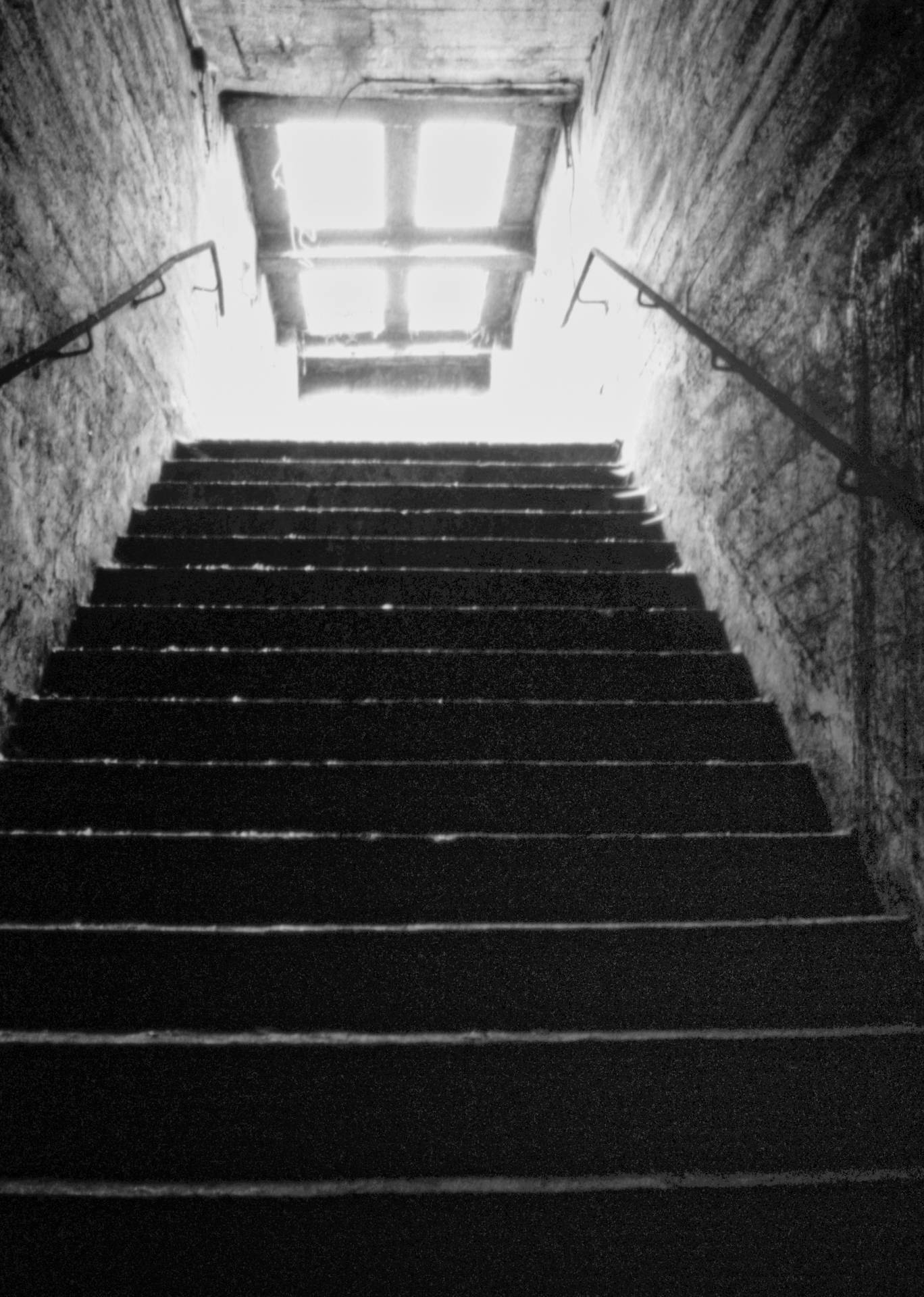 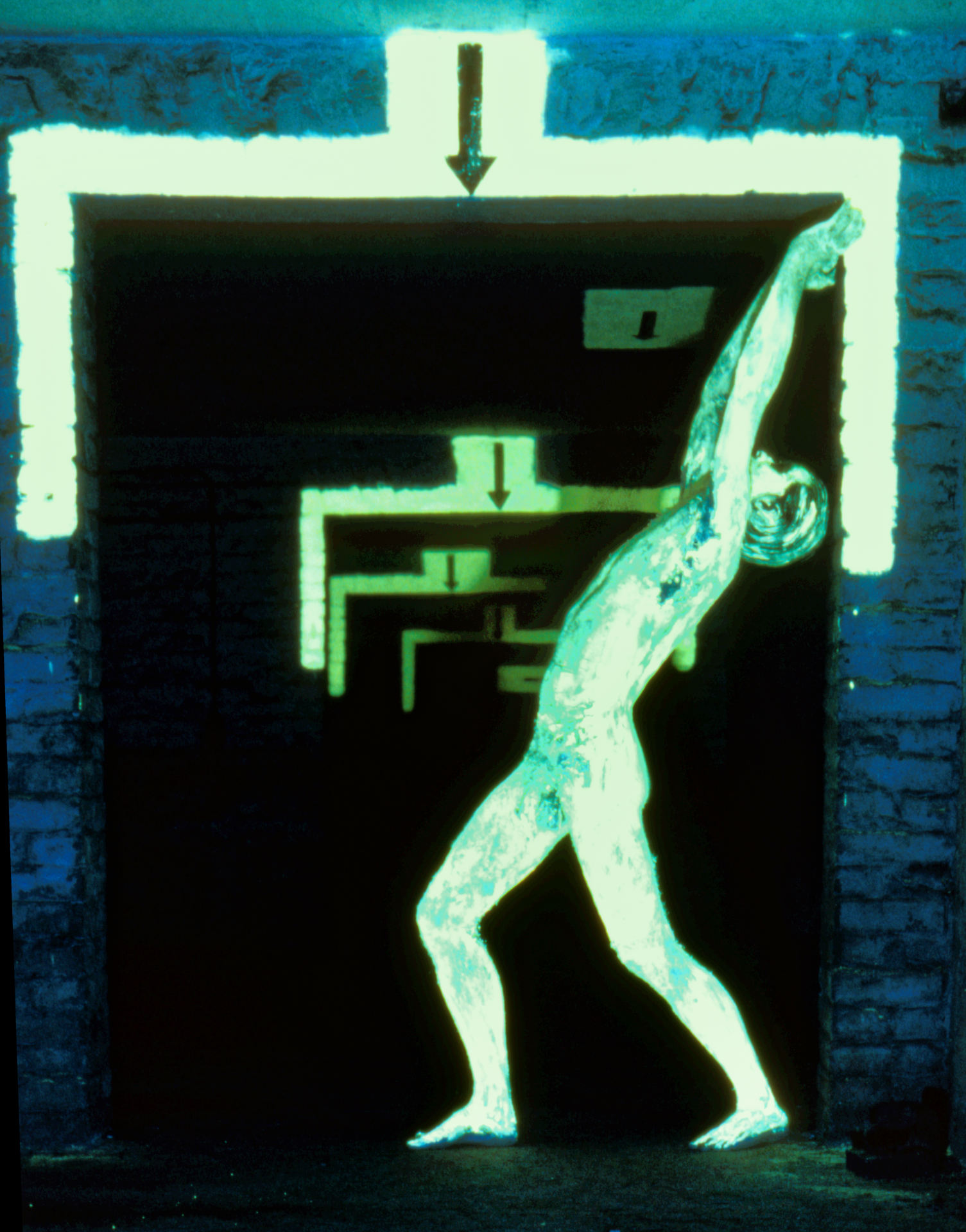 Notes on the project:

Walls, ceilings and floors coated with phosphorescent paint are intended as light surfaces to give rhythm and deform the abandoned rooms of the World War II bunker complex. The authenticity of the installation should speak for itself and not be over-formed or illustrated by the artistic intervention. After the end of the Second World War, the underground bunker complex in Stresemannstraße in Berlin’s completely destroyed centre was forgotten for four decades and has thus been authentically preserved. It was discovered in 1982/83 during research work in the artistic environment of the Kreuzberg Art and Culture Centre. Afterwards, Arnd Schäfer, Bettina Munk and Heiner Schmücker developed the exhibition concept “Bunker International” in the context of Berlin’s 750th anniversary celebration (1987), in cooperation with the Neue Gesellschaft für bildende Kunst e.V. Berlin (nGbK).